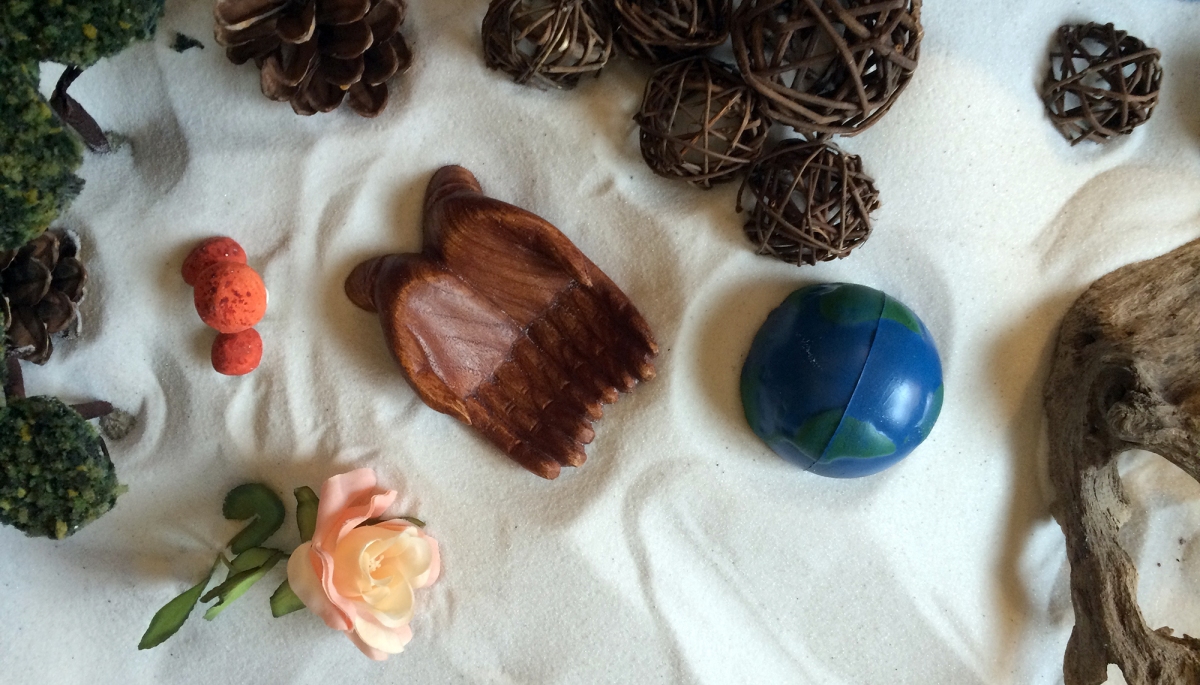 The journey to her couch took six weeks of suffering before I arrived. I claimed one corner and pulled my knees to my chest, effectively shrinking myself to a pathetic dot. I assumed that if the world intended to swallow me, I’d go down easier that way. I held my feet for comfort, then glanced at my savior with total desperation—I wanted her to save me.

For three months, I barely slept.

While the world laid dormant, I wrestled an overwhelming sadness like an un-welcomed lover. When I’d finally exhaust myself, it was both too early and too late for substantial rest. My alarm would blast me from sleep with the same disregard as a screaming baby, and sadness would consume me again with the fervor of a starving dog. My energy was shot.

I was emotionally unstable, easily overwhelmed, and deeply frightened by my inability to identify the root of my sorrow. Without sleep, I was locked in a constant state of unrest. So I cried; at my desk, in the bathroom, on my bike, in my car, in secret, in public, everywhere.

Several times a week, I found myself fleeing my office, and frantically descending four flights of stairs to reach a concrete bench outside the building for a violent, albeit brief emotional breakdown. I’d return via elevator with red, puffy eyes—the stairs were too taxing.

With my mind in shambles, functioning in a setting that required cheerful human interaction was nearly impossible. My transparency worked against me, prompting others to comment on my sullen mood. And while I was grateful for their concern, repeatedly admitting my struggle was draining. But I couldn’t lie.

I limited social engagements to those whose company allowed me to sit quietly and observe without question. These were rare occasions. Consequently, my loneliness increased tenfold, and the isolation of my new nest felt like punishment.

Somehow, I managed to convince myself I was incapable of maintaining my fitness regimen, so I abandoned it completely. I neglected all physical activity, thinking it too demanding of both my body and my mind, and too staggering to actually complete. No CrossFit, no running, no sports. I refused to move.

Feeding myself became a chore. And while I made a respectable effort to nourish myself, more effort was given to do so quickly in order to maximize my time sheltered in darkness, buried in bedsheets. Though each morning was met with dread.

My militant self-care vanished—I had no outlets. And without a definitive “why,” I felt like I’d completely lost control of myself. That I was no longer capable of being my own cheerleader. And that no one else was willing to take that role.

One Friday night, I retreated home to my parents’ arms in a desperate attempt to unload the weight I’d been carrying for too many weeks. Instead, I found myself fighting a panic attack against the cold, blue ceramic of an indifferent bathroom sink. The voice in my head turned nasty, and I’d effectively reduced myself to a hopeless sack of flesh.

This was not me.

I dragged myself from the bathroom, crawled onto my dad’s lap, and quietly sobbed as he stroked my hair. I’d officially lost my shit.

That night, I said yes to therapy.

By Tuesday I was blowing through patient in-take forms with the ferocity of a natural disaster. Depressed mood? Check. Tearfulness? Check. Muscle tension? Check. Guilt? Check. Fatigue? Check. Poor sleep? Check. Anxiety? Check. If there had been a box for ‘hot mess,’ I would’ve checked it. I just wanted to feel whole again.

Two days later, I planted myself on a grey, microsuede sofa and shamelessly unloaded my weight onto the shoulders of the delicate woman across from me. After a lifetime of selflessness and infinite kindness, I needed someone to return the favor.

“I am paying you to make me a priority.”

It was a sobering introduction.

Each session sparked an impressive outpouring of unaddressed feelings, and I wept without apology, as if every minute spent sobbing would drain me of my emotional dejection. Therapy was like discovering new territory, exploring its boundaries, and learning to navigate its topography. Those 45 minutes became my planning period for rebuilding.

As it turns out, 25 is pretty goddamn hard.

I was unaware of the psychological beating I’d taken by an oppressive work environment, a job change, a move, a new routine, a failed relationship, and a deep-rooted, poorly managed feeling of rejection. And I was too preoccupied to fully realize my own brokenness.

During a time when the last of my closest female friends were committing to a lifetime with their partners, I was plagued with a loneliness that far surpassed the need for a mate. I was losing hope that the world was capable of empathy and kindness and justice, and that love and like-minded men existed for me.

Somewhere in my downward spiral, my inner dialogue grew vicious, and I let it.

Then, at the peak of my vulnerability, a woman I considered the pinnacle of everything the world needed more of suddenly died.

I was collapsing under the weight of too much change and too many issues, and I’d severely mismanaged my mental health by believing I was capable of coping with all of them on my own.

Seeking therapy was proof that, despite everything, I was still capable of taking care of myself. That I hadn’t completely lost my strength. That hope dwelled inside me. And with each appointment, I felt lighter.

I adopted meditation, I picked up my pen, I revisited yoga. I changed my inner dialogue. I focused on small victories. I gained a better understanding of how to manage myself and my stress. Then, after a two-month hiatus, I returned to CrossFit. Happiness came slowly, and then all at once.

During my last visit with my therapist, I agreed to rebuild this narrative in a tray of sand using figurines and objects situated around her office. I pulled the tray to my knees and worked to mold a landscape fit for my tale of triumph.

I carved peaks and valleys with the base of my palm, peppering the dunes with miniature trees, pinecones, and roses. Prayer hands rested at the highest point, awaiting the reception of a character I deemed worthy for myself. When I was satisfied with the construction of my dream world, I scanned the room for a suitable proxy.

I pulled Artemis, the goddess of the hunt, from the shelf and placed her in the sand.

Artemis women use their intuition and depth and courage to drive themselves out of their comfort zone. They are not subdued. They are not broken. Each in her own way must venture into strange territory: blazing trails, navigating a metaphoric wilderness.

She is a competitor and a goal achiever. She is a feminist and an advocate for sisterhood.

“To send an arrow to a target of your own choosing requires aim, intention, determination, focus and power. You can bring down game to feed yourself and others, punish enemies, or demonstrate confidence: metaphorically, you can take care of yourself.”

At the conclusion of my final session, I rose from the couch, and wrapped my arms around the woman who gave her time, and patience, and commitment to helping me heal. Her guidance was a blessing, but she wasn’t solely responsible for my resurfacing, and we both knew it.

In the end, I saved myself.

One thought on “Therapy.”

Welcome to So Vicarious, a collection of stories focused on matters of the head, heart, and hands as told by Vicari Vollmar Conley.