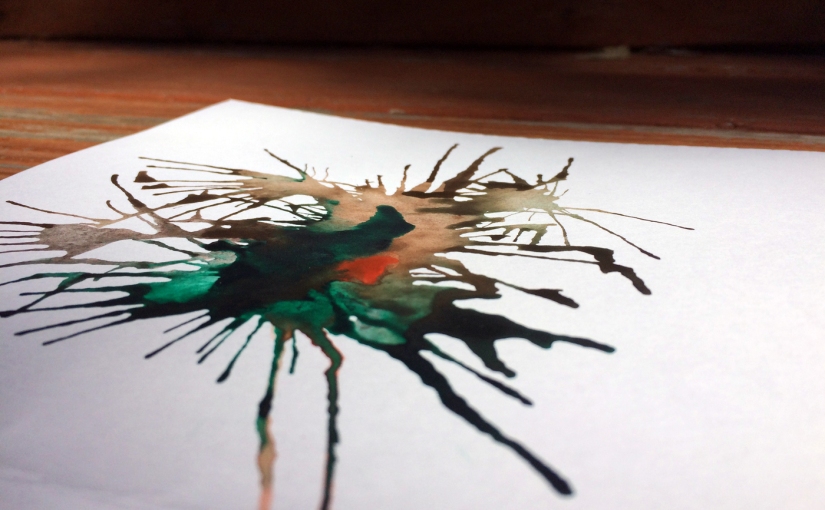 I met him in a room filled with words handwritten by the lonely and the suffering, unaware that eventually, I’d thread him through my own pages, weaving the fabric of my volumes with our memories. I couldn’t have recognized the foreshadowing.

There was nothing particularly memorable about our first interaction, save for his mention of my bright red lips and the cologne that transferred to the nape of my dress, and followed me home.

Months later, I found myself cross-legged in a sunny spot of his living room, lost in the aroma of freshly baked cheesecake, and giggling at nearly everything that trickled from his mouth. We exhausted the afternoon with too much storytelling, and I left visibly shaken, like the poles had shifted, and I’d found north in his heart. I couldn’t ignore the overwhelming magnetism—I’d never been so affected by a stranger.

Moments after my departure, a text message hit my inbox confirming I was not alone in this attraction. “You have incredible energy, miss.”

In that moment, it surged.

The subsequent weeks were drenched in elation, and ecstasy, and madness, and every other adjective one could possibly use to describe complete euphoria—a state from which I believe I never truly returned. I hadn’t felt the excitement of someone new in years.

Every moment, grand or petite, was sensational. I was drunk on joy, with a glow that shamed the sun.

“He let go of one handlebar, slid his hand on top of mine, and held it there for a minute. In that moment, I lost myself—in joy, in peace, in love—buried beneath all three.” (5.19.14)

And then, as quickly as we sparked, he pinched his fingers against the wick. His heart was unavailable to me, in all capacities except friendship, and I felt paralyzed.

After tumbling through the natural progression of grief, I came out (hardly) with two options; accept this gift of friendship, and grow it with love, and care, and acceptance, or retreat completely, and avoid the hurt of unrequited love.

“In the weeks of silence, I felt like something important was missing. Like I’d lost something significant.” (8.12.14)

This place, the friend zone, is nothing short of brutal. It’s a breeding ground for mixed feelings, for guilt and suffering, and a cutting reminder of my humanity. It’s my private hell. Because when I stripped away the ruin of dead romance, I was left with the opportunity to build something stronger. To shun that, in spite of a damaged heart, was selfish. So I accepted it with an open mind, and a heightened consciousness, knowing it would hurt.

And so I’ve tethered myself to logic, and settled into a mild self-inflicted torture by toe-ing the edge of a love that isn’t meant for me. Because this man does not want me, and it’s not my fault.” (7.31.15)

That decision takes so much strength.

The transition post-spark was filled with struggle. The intimacy of friendship so closely parallels that of a romantic endeavor, that when one heart longs for the other, it is nearly impossible to separate the two completely. There lies the root of suffering.

My head understood that his kindness was merely platonic. But my persistent heart clung to the notion that an ever-after existed for the two of us, that life was not so unfair to have given me a man with the most beautiful soul, who was meant for someone else. It’s a frustrating, upsetting thing to love someone you cannot have, and remain close to them.

Hope is a powerful thing—it exists in the most dire narratives—and it kept me from drowning completely. But it drives you mad. Because every gesture, every word, every action is questioned, and you’re left guessing the intention, trying desperately to swing it in your favor so you can keep moving forward.

Over time, I forced numbness to dull the ache, and worked to replace my bitterness with feelings of gratitude for this invaluable friendship. I’m barely there. Now, after so many months of struggle, I find myself having to repeat the process with another. And every feeling of anger and guilt is washing over me for a second time.

I am relearning the hurt of establishing boundaries, and coping with loss. I am settling back into the framework of the friend zone. And I’m struggling to accept it, despite my understanding of its necessity for both of us.

But love is not lost here, and that’s what keeps me still. So I sit with all of it, locked in friendship, thankful for that (at least), but perpetually struggling to set my desires aside for someone else. And I’m scared wondering if I’ll attain the sweetness I crave, and the love I expect for myself. All of this amplified by the happiness and forward motion of those around me.

Sometimes, my selflessness is exhausting.