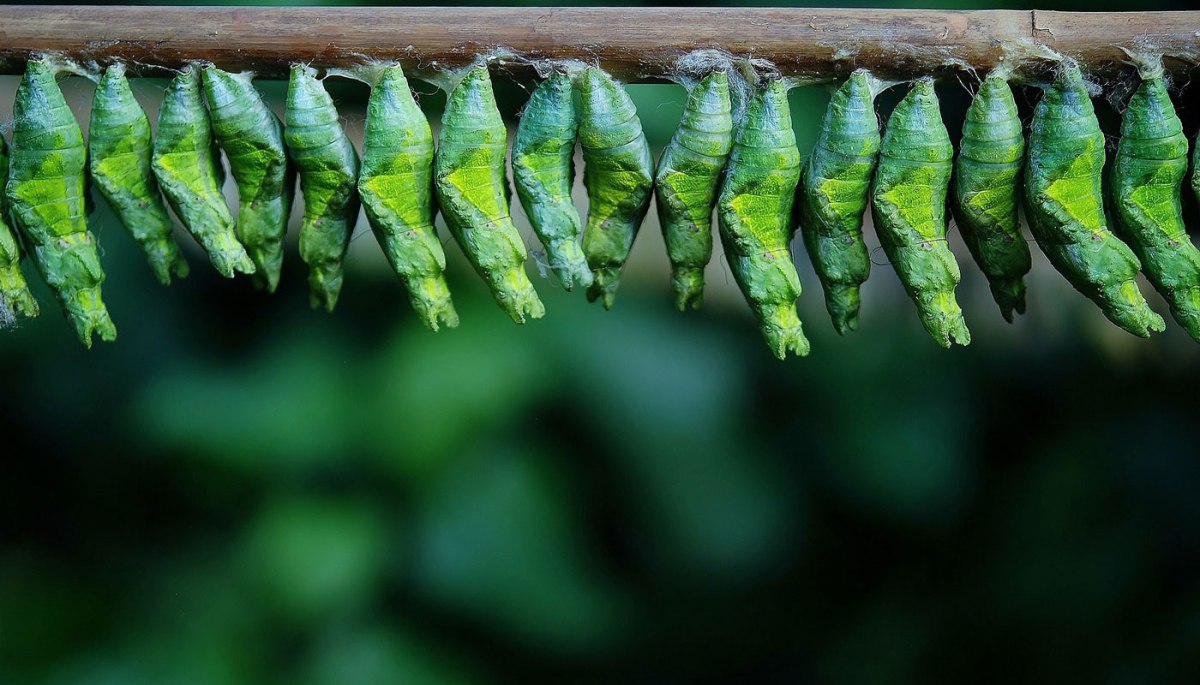 Post-college graduation, I was lucky enough to snag a full-time job only two months after crossing the stage. Which, given the job market, was a miracle. And while I was happy to avoid the panic prompted by unemployment and too much debt, I was, to be frank, fucking terrified.

Transitioning from student to young professional was a massive shift in routine. My first two weeks of full-time employment were spent retreating to the parking lot or a nearby closet for a full-blown emotional meltdown. Any attempt from a coworker to ask how I was adjusting was met with a forced grin and a stifled throat lump, so as not to let on that I’d secretly been bawling all morning.

Truthfully, I had nothing to cry about—the company and its people were nothing short of warm and supportive. But I wept inconsolably for my loss of freedom, and the overwhelming change. I viewed my nine-to-five as a prison. Because I’d stay there, locked into those hours, five days a week, until I retired.

A little dramatic, but I adjusted.

Eventually I quit blubbering, wiped my tears, and cut myself some slack. I was learning that big, scary life change was far less harmful than expected. In fact, (spoiler alert) it was quite beneficial to my personal growth. But I understand why I was such a shit-show.

As a creature of habit, I relish in the comfort of routine; it makes me feel safe. The familiarities of a standard day are dependable and harmless. A place of employment, a route to work, a job task, a social circle, a tea time, a home address—they all contribute to our norm. But if you’re one of my devoted readers, you know how I feel about normal; it’s boring.

After three years of normal, life decided to turn itself upside-down.

I didn’t see it coming.

In May, a job application found itself in my inbox by the hand of a former coworker. Barely interested, I applied figuring, if anything, it could make for good practice. I sent my resumé and an apologetic email in place of a cover letter (don’t do that) on the final submission date—I was on vacation and ten minutes late for a spa appointment. I never expected a phone call.

In fact, I totally forgot about it. So much so that when I was contacted for an interview, I didn’t recognize the employer. But after a serious evaluation of my job satisfaction, and my career trajectory, I concluded that staying put was a poor decision. So, I obliged.

I courted the idea of change in the first interview, and fell in love in the second. Three hours later, they offered the position.

This was the trigger that launched me into an all-out redo. Seventeen hours later, I accepted. One hour later, I resigned. The next day, I announced it. Nine days later, I left. And that following Wednesday, I found myself facing the same panic-inducing fear I’d confronted at job-number-one three years prior.

“I didn’t cry or puke on my first day, but I think my fearlessness has everything to do with adrenaline. Now that it’s faded, I’m feeling slightly overwhelmed. But I know I can do this—change is temporary. I’m doing good things.” (8.5.15)

Adrenaline did, indeed, have everything to do with my fearlessness. And I milked it hard. Only two weeks later, I decided to uproot my home base and move to a neighboring city. This was not the original plan. None of it was. But something about all of it felt right, so I kept pressing forward.

It was a whirlwind. In eight days I found the listing (by accident), viewed the apartment, broke my lease, sent my deposit, packed my place, and, with the help of six friends, moved across town. I was a moment away from a grade-A meltdown. It was so much new.

But I wasn’t done adulting.

And somehow, I made it out alive.

My attitude was my saving grace. Somewhere in the midst of calamity, I made a conscious effort to focus on the benefit, and quite honestly, go numb. That decision allowed me to view every alteration as an opportunity for improvement, and denounce my fear. Change became adventure, not self-inflicted torture.

Now, I’m working to rebuild my normal. Having recently entered week seven of my job, and unpacked my last box, I’m feeling more settled. I’m allowing myself to get comfortable in my new routine. I’m falling in love with my giant bathtub, my gas stove, and my bicycle commute. And I’m taking a moment to breathe, for which my head, heart, and hands are grateful.

That, at least, will never change.

Welcome to So Vicarious, a collection of stories focused on matters of the head, heart, and hands as told by Vicari Vollmar Conley.